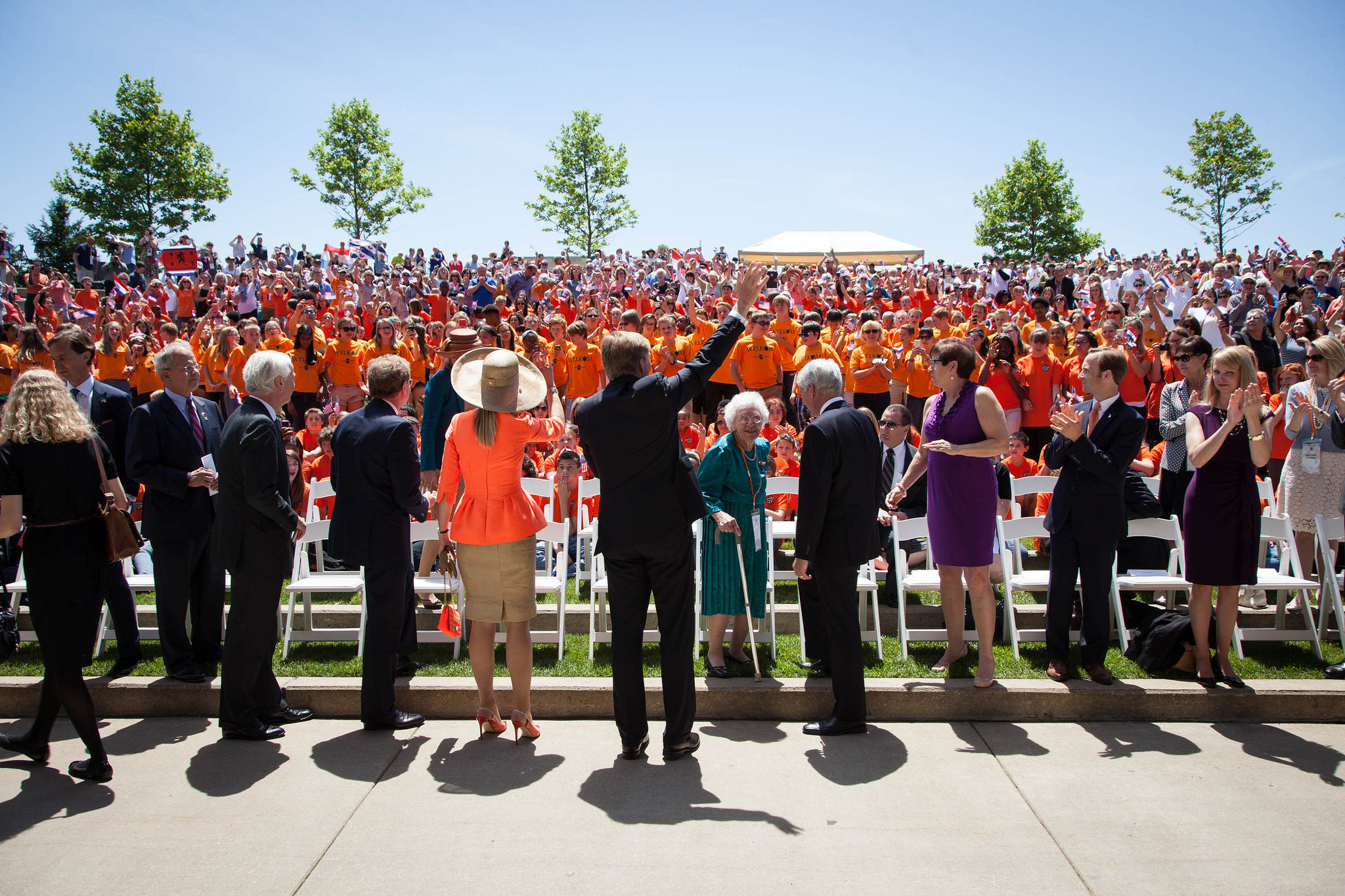 Before returning to the Netherlands,Dutch King Willem-Alexander and Queen Maxima shared some thoughts about their Michigan visit with the man who worked behind the scenes to make it happen. During their whirlwind trip to Grand Rapids, the king and queen visited Frederik Meijer Gardens & Sculpture Parks,DeVos Children’s Hospital and Van Andel Institute, facilities funded by the region’s Dutch-American billionaires.“I think they were impressed by the genuine interest in the Netherlands, and how our region flourishes and the sophistication of our region,”Paul Heule said about his conversation with the royal couple Tuesday evening. “I don’t think they expected that before they arrived.”

The Dutch-born Ada resident didn’t realize he would be preparing for a rare royal visit when he was appointed honorary consul for the Netherlands.

But Heule knew he wanted to deepen cultural and economic ties between his native Netherlands and Michigan… read more at: http://www.mlive.com/business/west-michigan/index.ssf/2015/06/behind_the_scenes_on_bringing.html

Author: admin
Filed Under: Events
We Welcome the King and Queen to West Michigan
First Dutch Monarchs in West Michigan in More than 30 Years